What mobile video game has over 25 MILLION DOWNLOADS? 1 MILLION active players a day? And has thousands of videos uploaded a week onto social streaming services such as YouTube and Twitch? RAID SHADOW LEGENDS. 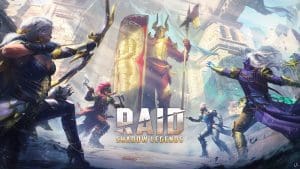 Plarium Games developed this free-to-play turn-based Mass Multiplayer Online Role Playing Game (MMO RPG) in July 2018. After first release it took the mobile gaming community by storm and quickly jumped to the very top of the charts by the end of the year. Early 2019 was when Plarium games handed out sponsorships to influential YouTubers and streamers alike. With social streaming services racking in millions of views the popularity of the game only increased.

There became a point where Raid Shadow Legends was the only advertisement you would see on services like YouTube, Google Playstore, and Twitch. This inescapable marketing tactic has lead to the creation of a monstrous cash generating asset. Currently, the game generated a whopping $79,488 DAILY for the year 2019, creating an income of just over $29,000,000 for that year (Think gaming, 2019). Plarium games utalises, much like many other MMORPG mobile games, a pay-to-win strategy. Which focusses on the approach that if players wish to be successful against other players they should invest their real life currency for in-game currency for special benefits through the process of microtransactions.