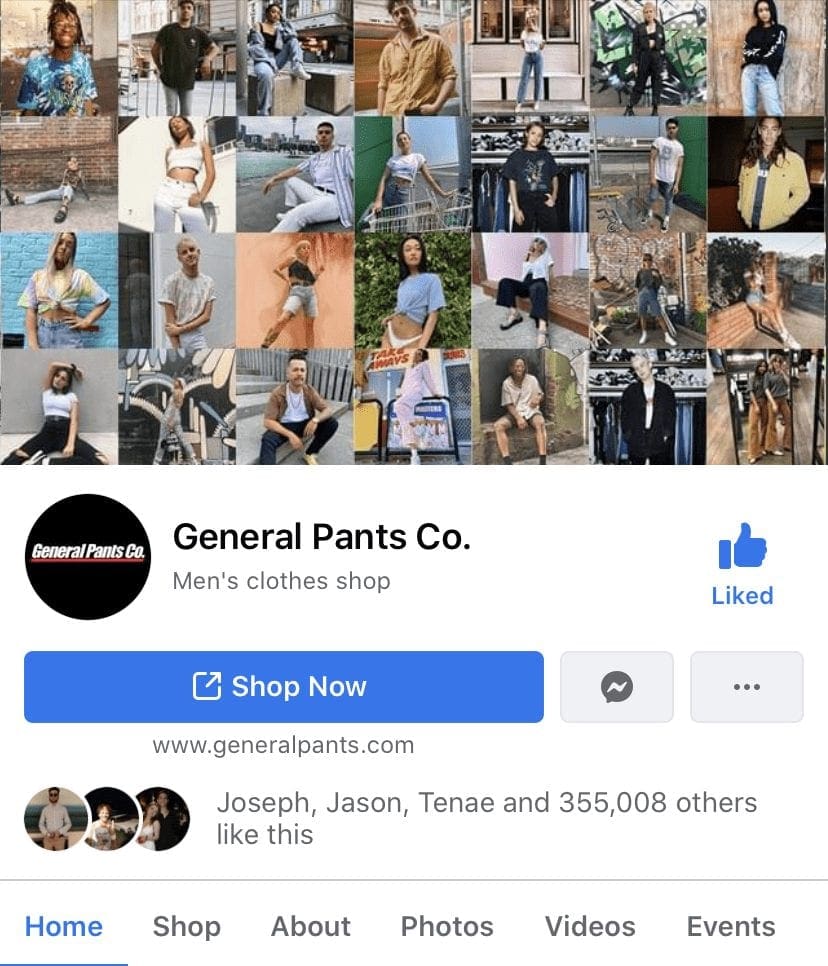 General Pants make great use of Facebook and mainly just that one thing. Selling products. Many other companies are focused on also providing entertaining content to keep users engaged with their content, this is probably to the disadvantage of General Pants that they are not also doing the same. 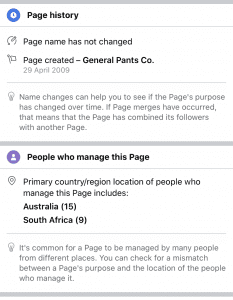 Being created in 2009. The General Pants Facebook page has had a long standing on the platform with consistent posts being published since then. One interesting piece of information is that roughly 40% of the people that manage the page are based in South Africa, this is not unusual as many companies will export their marketing activities to overseas firms. There is likely a South African marketing firm assisting in General Pants Facebook advertisements.

Unfortunately it is not easy to view specific advertising details such as the target audience for Facebook Ads. It is however possible to view what advertisements have been published to the site. The picture below is a key example of the advertising strategy used by General Pants. The strategy is solely focused on placing trending products in front of Facebook Users, these ads are displayed on the users newsfeed. Due to the blandness of these advertisement, I would suspect that General Pants would not be making a high ROI due to their poor ad design. They could easily generate a higher return on their ads if they were better designed by including captivating content. This could be as simple as a picture of someone wearing the item or even a whole group of people wearing clothes sold by General Pants. To go the further step the brand could even produce video content of employees showing off new products and then advertise these videos. Video content has been shown to achieve  a much higher ROI for advertising than traditional methods