Tikok is a social media platform primarily designed for user entertainment that keeps people scrolling through video after video for hours on end. When a user first downloads the app they are greeted with a question asking them to select their interests from about 10 different popular categories on TikTok. These questions allow Tiktoks algorithm to curate videos that the user is most likely to enjoy, they also use the users location to show trending videos around them. An example of this was that the first video that I was shown in the app was a video filmed in Rundle Mall. Although Tiktok is a platform that is mostly designed for user entertainment and not so much for businesses to make a profit on. Culture Kings has turned Tiktok into a key part of their social media marketing strategy. As time of writing this 85700 followers on their account which proves they have been successful at gaining traction on the platform 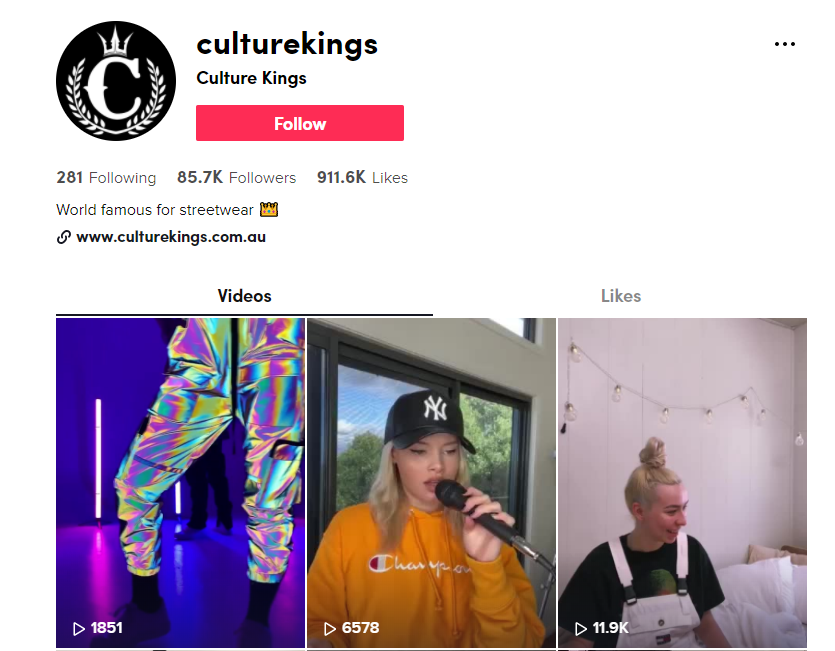 Culture kings have a wide range of content published to Tiktok on a regular basis, although the platform does make it difficult to see how many posts are made per week, I would estimate that the company is posting on average 1-3 times per week. All the content is highly engaging designed to build a positive and upbeat association with the brand 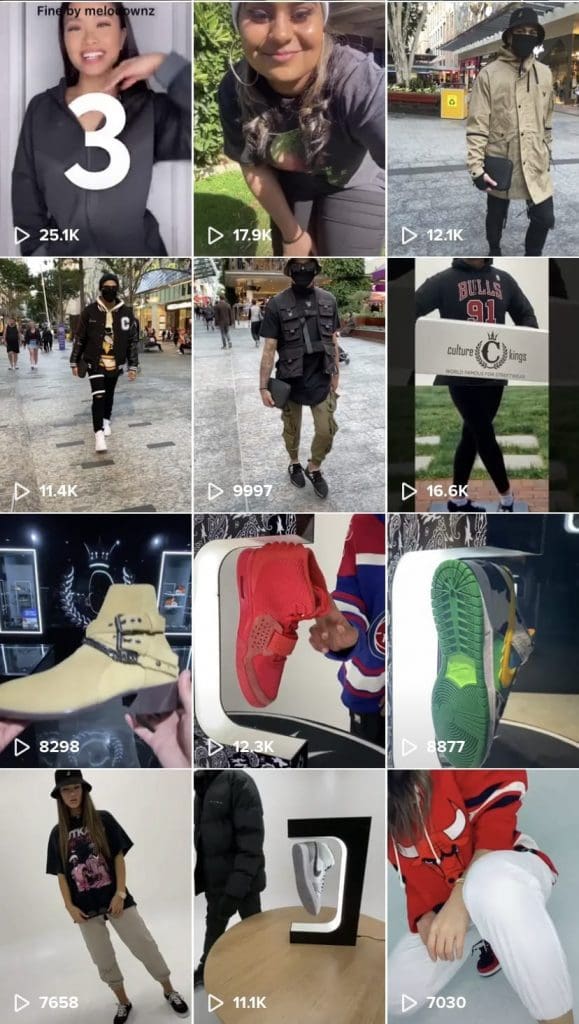 The content posted to Tiktok by Culture Kings is mostly entertainment based, a lot of the videos are of attractive people showing off their talents such as dancing, singing or sports. These talent videos are less about selling clothes but more about growing the amount of followers of the platform which then helps them to sell more clothes to more people in the long run.

Just For The Memes

A lot of the videos on the feed have clearly been made for fun by the staff at Culture KIngs, some of these style videos are including pranks where a crate of water was tipped on a model while demonstrating an umbrella (except while they were not holding the umbrella) Or the famous sneaker soup video where employees promote new sneakers and a takeaway mug at the same time by making a joke video about “sneaker soup”